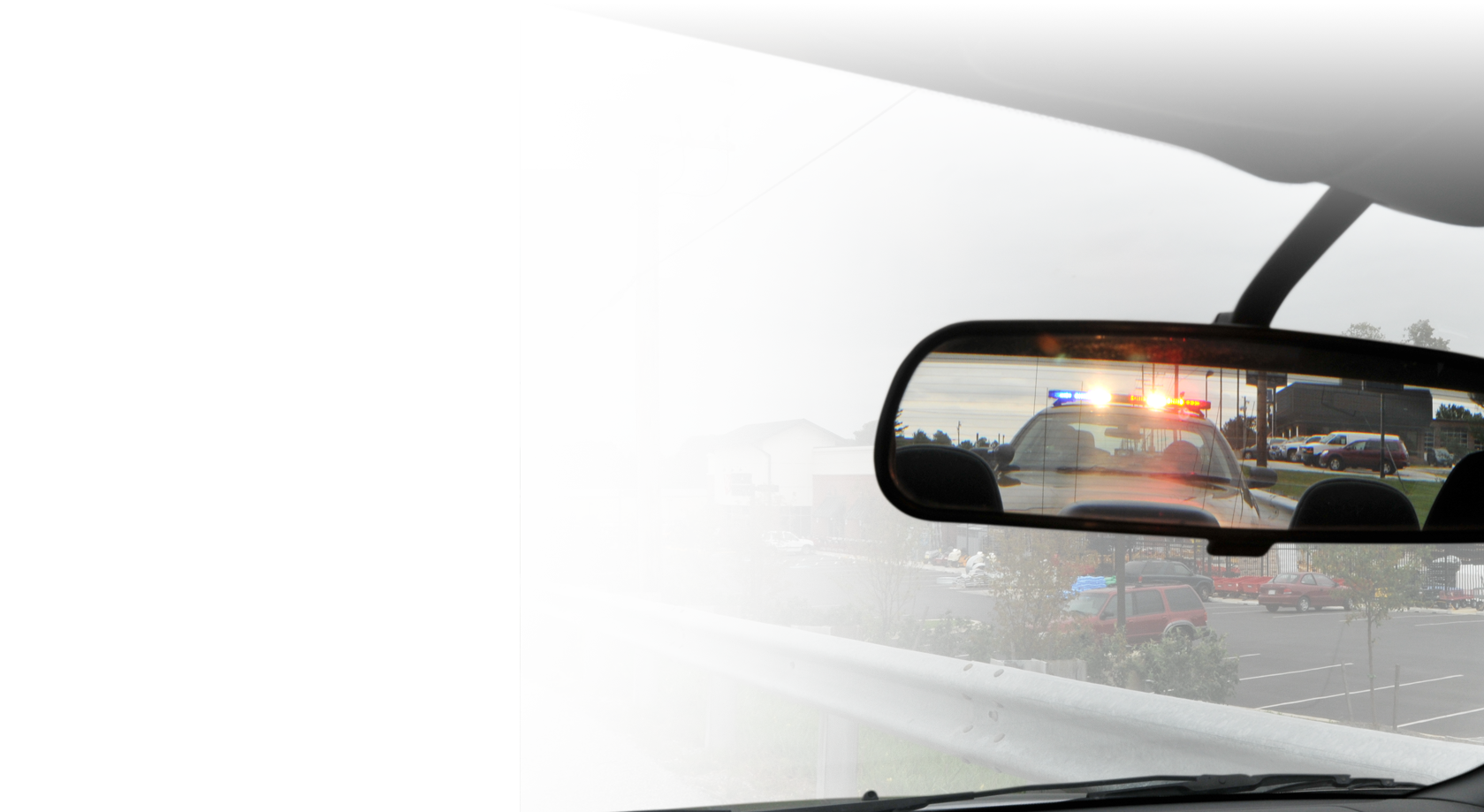 A DUI charge can have serious implications for you and your family, so you need a knowledgeable, strategic defense attorney on your side.

DUI lawyer David A. Cardon can help you build a strong defense to get your charges dismissed or reduced so you can move on with your life.

Here's how our Virginia Beach, VA, law firm serving Hampton Roads can help you achieve the best possible resolution to your case...

An Attorney Who Can Protect Your Rights

Criminal defense attorney David A. Cardon in Virginia Beach has an intimate knowledge of police protocol and Virginia DUI laws. He can quickly identify any weaknesses in the prosecution's case, such as having been stopped without probable cause or faulty blood-alcohol concentration (BAC) testing.

A Savings of Time and Money

By hiring Mr. Cardon as your criminal defense attorney, you may actually spend less time in the courtroom. An efficiently constructed defense that is both compelling and succinct can ultimately cut down on the time you are in court. This, in addition to the possibility of avoiding astronomical fines, can result in a significant savings of both time and money.

Having a DWI conviction on your record can impact your career, your eligibility for a driver's license, your insurance rates, and even your ability to travel internationally. Mr. Cardon can be the lawyer who helps you retain your freedom and livelihood. We invite anyone throughout greater Hampton Roads in need of an attorney to contact us as soon as possible.

Many People  Are Charged with DUIs

Is Mr. Cardon an attorney that past clients recommend?

"David, thank you very much for your services in my recent DUI case. I appreciate your courtesy and professionalism. Your knowledge, expertise, and kindness were of great comfort during that unpleasant experience. If I am ever in a position to refer someone to you, I will not hesitate." MB, Previous Client

Reach out to Cardon Law Now

Driving under the influence can have significant ramifications on your life, including loss of your driver's license, hefty financial consequences, and potential jail time. As your lawyer, David A. Cardon will use his resources, criminal defense knowledge, and understanding of Virginia DWI laws to help minimize the impact your case will have on your life.

Call our Virginia Beach practice at (757) 620-3283 today to speak to a lawyer who has helped many clients in need. We encourage anyone in greater Hampton Roads, Norfolk, Chesapeake, and surrounding areas in need of an attorney to contact us right away.

How can an attorney help me?

Your First Time Driving under the Influence

Even if this is your first DUI offense, the penalties can be harsh, and a criminal defense attorney can make all the difference in helping you avoid a significant loss of time, money, and freedom.

In Virginia, a DUI first offense is a Class One misdemeanor, punishable by the suspension of your driver's license for one year, up to a $2500 fine, court costs, and a jail sentence of up to a year. You will also be required to install an ignition interlock system in your car that will make sure you cannot start your car on if you have been drinking alcohol. The judge can issue a restricted driving permit to you if you agree to take and complete the Alcohol and Safety Program (ASAP).

The cost of the ASAP program is around $350. The scope of the restricted driving permit varies; however, usually it allows:

Attorney David Cardon in Virginia Beach will examine the evidence in your case to build a sound defense that serves your best interests.

Our Virginia Beach criminal defense practice has summarized the punishments you can receive under Virginia law if you are convicted of driving while intoxicated more than once:

When should I start looking for an attorney?

Book a Free Consultation with an Attorney Today

David A. Cardon is a lawyer who has dedicated over two decades to providing criminal defense representation. He can evaluate your case to build a sound DUI defense that will serve your best interests.

If you have been arrested on a DUI (DWI) charge, call our Virginia Beach practice at (757) 620-3283 as soon as possible. Our DUI attorney handles cases for clients from Norfolk, Chesapeake, Hampton Roads, and surrounding areas.

Is Mr. Cardon the right attorney for me?

“David and his assistants Judith were such a big help to me over the past 9 months. They answered any and all questions that I had and treated me like I was a priority. This office was nothing short of amazing and I am truly grateful for everything he did in my case.” Chantell Coleman, 5-star Google Review

There are several aggravating circumstances that can result in harsher penalties. These include:

A Minor in the Vehicle


A DUI accident that causes injury or death results in a much more serious drunk driving charge. In most cases, drivers will be charged with a felony and face more serious penalties.


As indicated in the tables above, drivers convicted of multiple DUIs face harsher charges and penalties than first-time DUI offenders. If you have been charged in any type of drunk driving incident, our DUI attorney in Virginia Beach can represent you in your case.

Other Types
of DUI Cases

BAC is just one aspect of a drunk driving charge. If the influence of any substance in any amount is impairing your ability to drive safely, you can be charged with a DUI under Virginia law.

While alcohol is one of the most common substances involved in these types of cases, there are many drugs and medications that can cause impairment or intoxication, affecting your ability to drive. Some of the other substances that can result in a DUI charge include:

This isn't a comprehensive list of drugs, medications, and other substances that can result in a DUI charge. Our DUI attorney has experience handling cases involving various substances and circumstances. We can help you resolve your case with as little impact on your life as possible.

Contact Our Law Firm
to Speak with a DUI Attorney

If you have been arrested for driving under the influence, hiring an attorney focused on DUI defense and knowledgeable about DUI laws can minimize the effect that these charges have on your life.

Contact our practice online or call us in Virginia Beach at (757) 620-3283 to schedule a free consultation. Our DUI lawyer serves clients in Hamptons Road, Norfolk, Chesapeake, and other areas of the state.

“David was an absolute professional at every angle. My experience with him as my attorney proved that he has a true passion for defending his clients, with A+ knowledge of the system and friendly demeanor towards those who work the courtroom.” Nicholas Ellis, 5-star Google Review

What Are My Rights When I Am Being Arrested for DUI?

Knowing how to handle an arrest can limit any evidence that can be used against you and enable our DUI lawyer to build the strongest possible defense. We urge all drivers to be aware of their rights if they are charged with driving under the influence.

Do I Have to Answer All of the Police Officer's Questions?

According to state law, drivers are required to provide police officers with their driver's license if they have been stopped. However, drivers aren't required to answer questions regarding where they were previously or how many drinks they have consumed. Drivers do have the right to reserve their right to remain silent and request to have an attorney present during questioning.

Do I Have to Submit to Field Sobriety Testing?

It can be beneficial to decline to undergo field sobriety tests for a number of reasons:

Am I Required to Take a BAC Test?

Until you are arrested, you can refuse a BAC test without penalty. However, refusing a BAC after you have been arrested will result in being charged with violating the implied consent laws of the state of Virginia. The first time you refuse a BAC test under these circumstances, you will have your license suspended for a year. Subsequent charges accompanied by refusals to take BAC tests result in increasingly serious misdemeanor charges and a three-year license suspension. Violating implied consent is a separate charge that your lawyer can help you fight

The evidence is the primary factor that shapes the outcome in your case. The prosecution will rely on the following types of evidence to build a case against you:

Our Virginia Beach DUI lawyer will go through each piece of evidence with a critical eye to ensure that proper procedures were followed, tests were administered appropriately, and evidence was stored properly. By calling evidence into question or filing pre-trial motions to exclude certain evidence, we can weaken the state's case in the hopes of getting the charges dropped or reduced due to lack of evidence.

"I felt in my heart to take a moment to thank you for all that you did for me through my difficult time in need. You were gracious in every way. I will certainly and gladly recommend you to friends and family in the future." LS, Previous Client

David A. Cardon is an attorney practicing traffic, criminal, and personal injury law for over 20 years. He is a member of:

Mr. Cardon is regularly featured on the news as a commentator for local cases. To experience The Cardon Difference firsthand, call us at (757) 620-3283 or request your free consultation online.

At the heart of this practice, we are improving people's lives everyday. My clients often have their job, their assets, and their quality of life residing on these cases, which is why success is not just important, but absolutely crucial. David A. Cardon PC

*Disclaimer: the information provided by this website is for informational purposes only and should not be considered legal advice or a substitute for competent legal counsel.